Day 2 has come, hopefully you are looking forward to the new Decoy coin! Now if only there were more stealth levels in RAID to use the coin in you say? 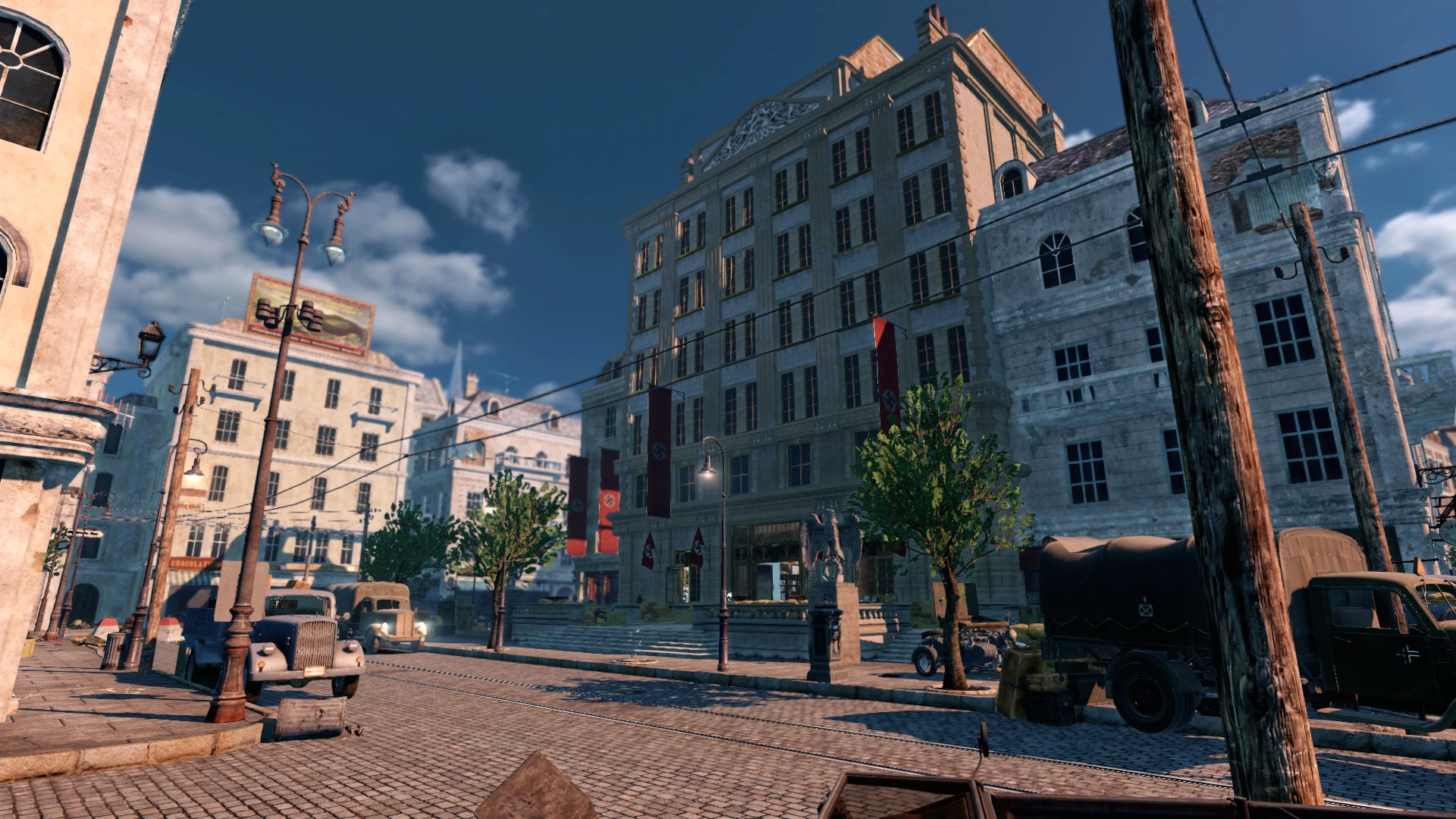 Introducing the new Raid "Kelly"!
"Kelly" is the newest raid added for the greediest of players.

Kelly can be completed fully in stealth, and there are a couple of new things that we haven't done before here. For example, the weather and time of day are randomized. The level can be played during the day, night, and in heavy fog/rain. This is a new thing that we want to try. We hope to hear your thoughts on wanting to see this more in the future.

Story
Mrs. White and the RAID gang got wind of the Nazis taking a large amount of stolen gold from France into Germany. They are tasked with intercepting and stealing the gold from a temporary Nazi bank. Make sure you steal the gold before it's transported out of Berlin!

But, I like to blow shit up..
Do not worry! If the alarm goes off, ( or you simply wish to go loud from the start ) The vault will lock, and the gang will as always use some drastic measure to get into it. A tank is called in and, after you clean the path to the bank for it, the gang uses it together with some cable to simply pull the doors off the hinges.

Day 3
Check in with us again tomorrow for the day 3 announcement, we got one more thing to show you, and we think you are going to like it!